The Franklin Parish Catfish Festival had its beginnings in early 1986 when a small group of individuals discussed the possibility of establishing a local event to promote Franklin Parish. The parish at this time was experiencing the emergence of a new industry in the field of aquaculture — specifically, farm raised catfish centered in the Wisner area. Thousands of acres of ponds were constructed, one processing plant existed, and a second processing plant and a feed mill were in the planning stages. This new and growing industry presented itself as an excellent theme around which to build a festival. The festival would publicize the industry, but more than that it could be a great instrument to promote Winnsboro and Franklin Parish. The potential of such an event had been realized.

The catfish festival began in 1986 under the leadership of Rudy McIntyre. Representatives from all major organizations of the parish were brought together as a planning committee. Areas of responsibility were identified and chairpersons appointed. There were no funds available for the first festival to be staged in 1987, but plans were being made.

The first festival was held on the grounds of Winnsboro Elementary School and included a children's area, a sound stage, sale of catfish plates (prepared and ferried to and from the festival grounds from the elementary cafeteria), food and craft booths, cooking and eating contests, a 5K Run, a photo contest, a civil war reenactment, and other attractions to provide a full day of entertainment and family oriented fun.

David Carraway designed a festival logo and as payment was allowed to produce 300 festival posters and was entitled to revenue from their sales. The logo was placed on 1500 bright yellow t-shirts for sale at the first festival.

Sources of revenue for the festival were limited to: catfish plates, cokes, t-shirts, and booth rentals. The cost of the first festival came to $10,000. Festival revenue came to $16,000 and the tourist commission contributed $5,000 which gave the festival committee $11,000 to use for the 1988 festival.

Estimated attendance for the first festival was 6,000 and it was considered by organizers to be an overwhelming success, with funds now available for growth.

Festival organizers were now ready for expansion and had funds in hand to work with. There were high expectations for 1988. The first year only the front of Winnsboro Elementary was used. The entire campus was used in 1988. A second sound stage was added along with an area dedicated to children. Miss Louisiana was invited to perform. Booth rental increased from 75 to 117 spaces. The festival began advertising, aiming to draw a more regional audience. The 1988 festival proved a success with estimated attendance of 15,000. (With no admission charge, early attendance figures were based on crowd estimates).

The Franklin Parish Catfish Festival matured in 1989. The budget grew, 190 booth spaces were rented, a third sound stage was added, and the festival grounds doubled in size with the blockading of Highway 15. A variety of music was presented, from country blue grass to brass quintets. New attractions included the Wallenda's High Wire Act, a softball tournament, Ronald McDonald, and a celebrity tricycle race. Estimated attendance hit 20,000. Parking became an issue — the festival was no longer a local event and incoming guests had to be accommodated. Growth brought some challenges that were tackled as they surfaced. The festival began to have a recognizable impact on the local economy, with local businesses realizing benefits.

The 1990 festival saw a 30% increase in grounds by incorporating a large portion of downtown Winnsboro. The cost of the festival grew, and was countered by the sale of 5000 t-shirts and 3000 pounds of fried catfish, renting 250 booth spaces, and donations from corporate sponsors. The crowds grew, once again, and a free park and shuttle relieved parking problems. The dream was coming to fruition.

The following 20 years held continued success for the Franklin Parish Catfish Festival. The festival grounds were fenced in and admission charged during this time and the festival relinquished responsibility for catfish cooking and soft drink sales, allowing other civic groups, churches and businesses the opportunity to generate revenue each year. The years have seen numerous high quality musical acts perform on as many as three stages, a hugely expanded children's area, tremendous antique car show and competitions ranging from lumberjacks and fiddlers. The festival was extremely proud to present The Moving Wall Vietnam Memorial, first in 1992, then again in 2006, drawing visitors from throughout the region. A more recent highlight occurred in 2010, when the festival joined the rest of the state in celebrating the first-ever Super Bowl victory of Louisiana's own New Orleans Saints. "Who Dat Fever" hit the festival, which welcomed Saints kicker Garrett Hartley to the event to mix and mingle with fans.

The Franklin Parish Catfish Festival has come a long way since its beginnings on the grounds of the Winnsboro Elementary School. Yet, as the event continues with its 29th annual run on April 11, 2015, it remains true to its roots — family‐friendly fun, quality entertainment and crafts and delicious, hot, farm‐raised catfish. 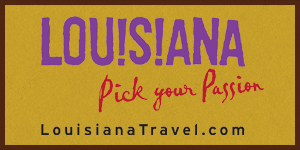